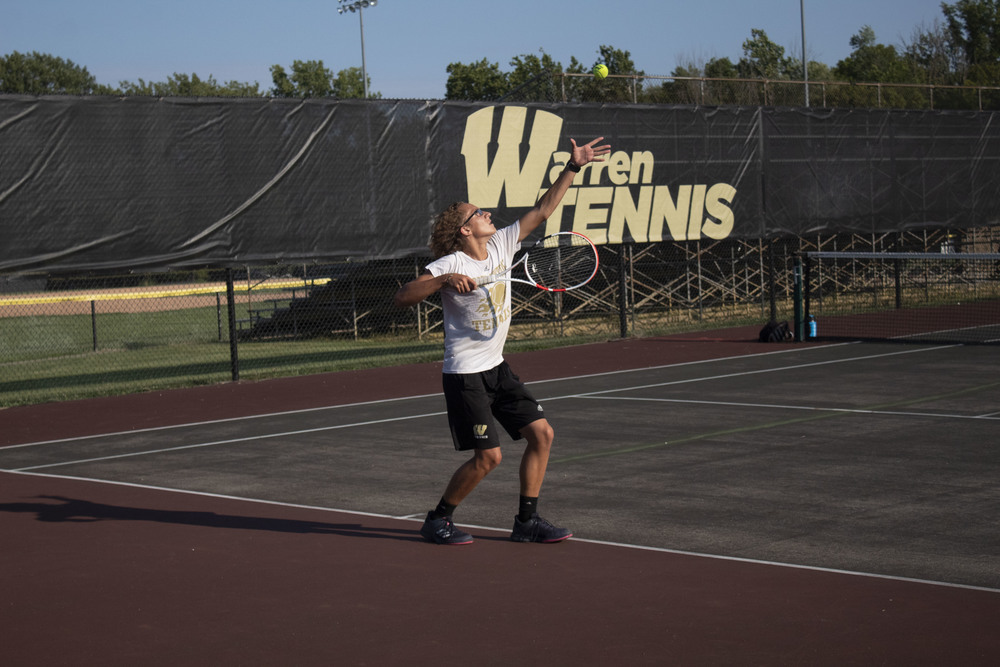 The Warren Central boys tennis team wraps up their season with pride after tournament play. This season, the team has seen much improvement in comparison to previous years and strives to aim even higher for next year.

“I think that the improvement in our record really reflects the hard work that we’ve been putting into the tennis team over recent years,” Baker said. “Every day we come in ready to give it our all and leave it all out on the court. It’s important that we always try our hardest no matter who we play or what happens out on the court.”

Differing from previous years, the team as a whole has made a great impact on the program. With wins over schools like Lutheran, Scecina and Decatur Central High School, the boys have been able to play with more confidence and ability than in previous years. The Warriors hope to carry these improvements with them as the years go on.

“I feel the team made a huge improvement this season,” Matchett said. “I know winning three more games from the previous season doesn’t look all that impressive, but in the matches we lost, you could just feel something different about our attitude and how we played. Myself, I think I am going into my senior year ready to hang with the best.”

This season marked the end of the tennis careers for Roe and Baker, as they will be graduating over the summer. Roe and Baker were two of the top contributors towards team wins and team dynamics, and the Warriors will feel the loss of their seniors. Although they will be losing these players, the Warriors do not plan on letting this impede them from winning in their future seasons.

“Just looking at the impact of our two seniors this year, it is going to be hard to replace what they brought to the table. We don’t have that many returning players, and right now the only seniors we will have will be me and Joseph Proctor. So looking at next season, I know it is going to be hard to win, but that just means more work needs to be put in by everyone, from freshmen to seniors,” Matchett said.