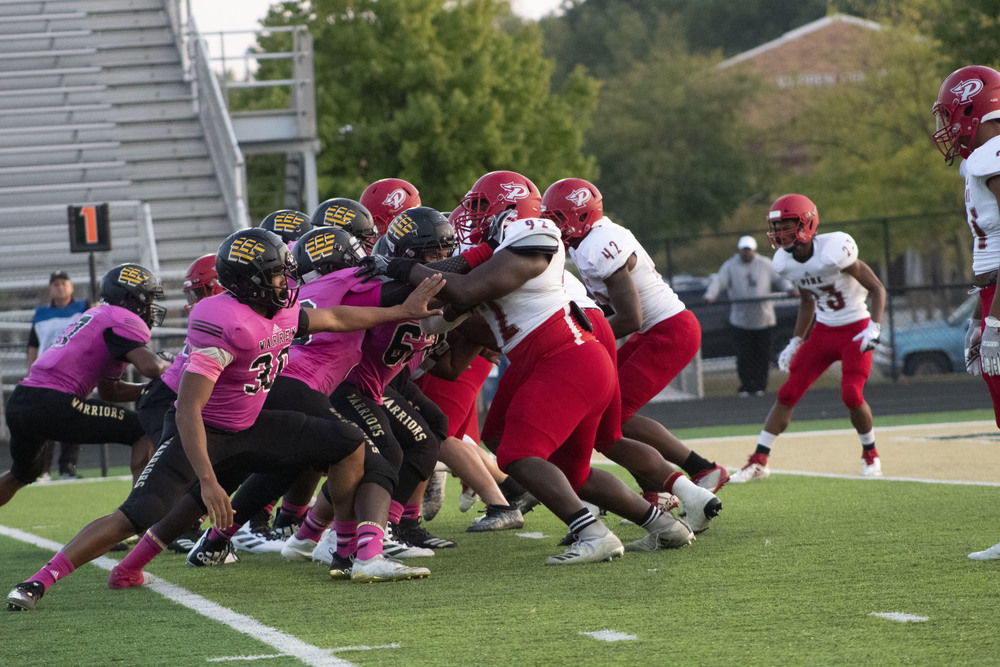 After a long and successful season, the Warren Central football team finished their year after a tough loss at regionals. The Warriors were able to end the season with the program’s 19th sectional championship.

“I believe we had a very successful football season even though the outcome wasn’t what we hoped, planned and worked for,” senior defense captain Kevin Robleto said. “Although I credit our coaches for giving us the correct tools to succeed and motivating us every day to come in and work toward our goal.”

This season was all about change for the Warriors football team. The athletes started their season with a fairly inexperienced team. After graduating starting quarterback Jayden George last year and losing another one at the beginning of the season, they had to bounce back, putting the originally starting tight-end, senior Cobe Moore, in as their starting quarterback. The team also had to work with a whole new lineup for defense after graduating a lot of their main playmakers last year. Even with all these odds stacked against them, the team agrees that their coaches always gave them the necessary resources to succeed.

“I credit the coaches for showing up every day and keeping our minds right,” senior offensive lineman Jake Wellmann said. ”Most of all, I’d had to give credit to the seniors for never letting the negativity get the best of us.”

The team entered the first round of sectionals finishing their regular season 6-3, tying for first place in the MIC with North Central, Carmel and Ben Davis. The Warriors went against the North Central Panthers in a low-pressured game, as the team had already beat them during regular season 28-7. They went on to beat them in the first round 17-10.

After defeating the Panthers, the football team went on to go against the Lawrence North Wildcats in the sectional championships. The game was exaggerated since the Warriors came out on top during the regular season, 24-23. While the Wildcats came out looking strong, the Warriors were too efficient and flexible to adjusting to their offense and defensive, coming out with an easy win 34-7.

Despite beating Center Grove during the regular season 21-14, the Warrior suffered a tough loss to the Trojans in regionals, losing 28-14. Although the loss was hard on the Warriors, they played down to the last second, going for ambitious and aggressive plays such as running the ball on fourth down despite being deep into Trojan territory, kicking field goals from the 30-yard line and running trick plays.

“I wasn’t ready to go home, and I wanted to win. I wanted it more than anybody, and I felt like we were still in the game and had to beat Center Grove,” Moore said. “There was a lot on the line, and there was a lot to prove. That game will stick with me for the rest of my life. It’s going to drive me to always give my best no matter what.”