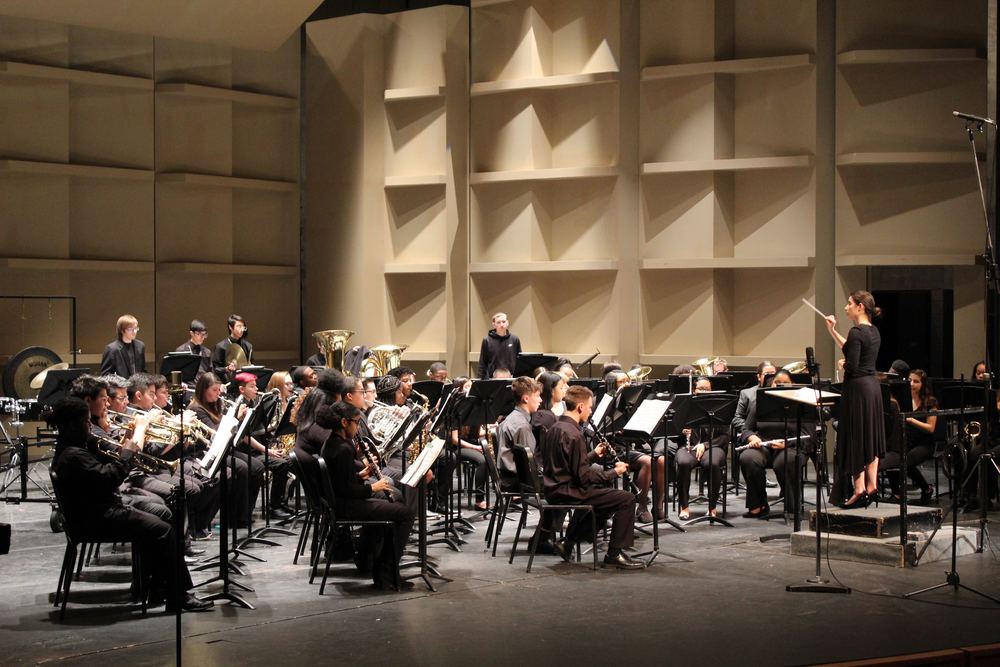 The Warren Central Symphony finished a successful season last year and although they did not make it to state, they are still proud of how they performed throughout the season.

“So last year we didn’t actually make it to state, but we still got a pretty high score at state qualifications. We were very happy with our performance. We think we are a lot better this year and we have high hopes,” junior Melody Gray said.

The students have been dedicated to improvement throughout the entire season and have been able to see their improvements paying off during performances.

“We have consistently been improving on our techniques and communicating with each other as an ensemble. We’ve really been able to grow a lot as a group,” sophomore Kianna Ernst said.

The orchestra has been performing above their expectations recently and are very proud of their performances. There are new members to the symphony orchestra who have managed to excel throughout the pressure with the veteran instrumentalists leadership.

“A lot of kids just joined symphony this year, and they have grown with everyone else exponentially this season. I think we all really like the songs and are really working hard to get the music as best as we can. As a result of these things, I think there’s a new kind of energy in the orchestra when we play which is fantastic,” Gray said.

The symphony has also been blessed with great conductors who have really helped each individual reach their full potential and have helped the entire symphony as a whole.

“We have another teacher this season, Ms.Gervasio, and she has helped us see the music in new ways in addition to Himes who is also a really great teacher. They have different interpretations of it, but when you combine them they are like a power team,” Gray said.

Likewise, the Warren Central Honors band has also been performing extremely well so far this year and planning for big things to come.

“I would describe our season as an upward battle. Every single day is just another day for improvement. We’ve had guest conductors which have really just refined our pieces,” sophomore Logan Fleming said. “This year started off with some rough sections, but I feel like we are all ten times better as a group.”

Same as the Symphony Orchestra, the honors band is also full of conductors who have greatly helped the students individually and the band as a whole. Each aspect of the band has been accounted for and has been worked and improved upon by the conductors.

“There are three conductors and each have their own strengths. So if one can’t help you, another can, and it creates this environment where there’s always someone who can help you,” Fleming said.

The students believe that they have improved tremendously from the first semester to second semester and want to keep up their upward trend. Based on their recent success, they are setting high goals for each themselves, and the entire band.

“My personal goals are to improve my own playing, such as training my ears to get better pitch or being better at notes and rhythm in general,” Fleming said. “I feel like band goals is to get our music as good as possible for competition.”